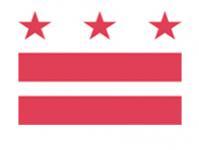 The District of Columbia Real Property Tax Appeals Commission will hold its first Administrative Meeting on Tuesday, August 28, 2012, at 2 pm in the Commission offices located at 441 4th Street, NW, Suite 360N, Washington, DC  20001. Below is the draft agenda for this meeting.  A final agenda will be posted to RPTAC’s website at http://rptac.dc.gov

II.     ASCERTAINTMENT OF A QUORUM

IV.     REPORT BY THE  CHAIRPERSON

VI.     REPORT BY THE ADMINISTRATIVE OFFICER

VII.     COMMENTS FROM THE PUBLIC – LIMITED TO 2 MINUTES

Individual who wish to submit comments as part of the official record should send copies of the written statements no later than 4 pm, Thursday, August 23, 2012, to: